To share your memory on the wall of Daniel Sullivan, sign in using one of the following options:

He was born to the late Daniel Joseph & Mary (nee Moran) Sullivan in Brooklyn, NY. When Daniel was seven, the family relocated to Nutley and later ... Read More
Daniel Sullivan, 85, formerly of Lyndhurst, NJ passed away peacefully on July 2nd, 2021.

He was born to the late Daniel Joseph & Mary (nee Moran) Sullivan in Brooklyn, NY. When Daniel was seven, the family relocated to Nutley and later settled in Belleville in 1951. Daniel attended St. Mary's Grammar School in Nutley, and graduated from St. Mary's High School in Rutherford, Class of 1954. He married his late wife Jean in 1964, and lived on Fifth Avenue in Lyndhurst where they raised their family. After Jean’s passing, Dan remained in Lyndhurst until 2009.
Daniel was a big sports fan, with a special love for baseball. He was a diehard Brooklyn Dodgers fan, and although upset, he remained loyal after the team relocated to LA. To be clear, he was NOT a Yankees fan! True to his Irish heritage, he also enjoyed watching Notre Dame football. Daniel participated in various sports leagues, one of which was bowling which he began as a teenager and continued into his 80’s. He also played on a men’s softball league when he was in his 70’s.
Anyone that met Danny loved his upbeat personality. Whenever you asked how he was doing, the response would always be, “Fine fine, like cherry wine.” He was a true gentleman that will be missed greatly.
Daniel is predeceased by his wife of 42 years Jean (nee Walker), and his sister Patricia McDonald. He is survived by his sons, Mark Stelmack of East Rutherford, Robert Stelmack and wife Linda of Bushkill, PA, and his daughter Maureen Singh and husband David of Millington, NJ. He is also survived by his six grandchildren, Bobby, Heather & Matthew Stelmack, Sydnie, Jade & Dylan Singh, and his sister Peggy Sullivan.
Family and friends are invited to visit on Friday July 9th from 4-7 PM at the Valley Memorial Home in Gillette, NJ. A Funeral service will be on Saturday July 10th at the funeral home followed by interment at Crest Haven Memorial Park in Clifton, NJ. For more information and to see the full obit visit valleymemorialfuneralhome.net
Read Less

To send flowers to the family or plant a tree in memory of Daniel Francis Sullivan, please visit our Heartfelt Sympathies Store.

We encourage you to share your most beloved memories of Daniel here, so that the family and other loved ones can always see it. You can upload cherished photographs, or share your favorite stories, and can even comment on those shared by others.

Flowers were purchased for the family of Daniel Sullivan. Send Flowers

Posted Jul 08, 2021 at 10:34am
Please accept our most heartfelt sympathies for your loss... Our thoughts are with you and your family during this difficult time. 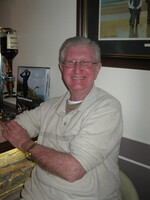