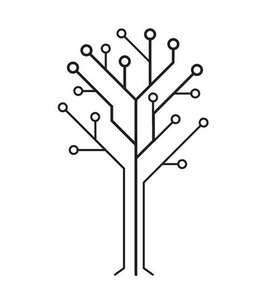 Joseph Albert Dorn, beloved family member and friend, died in January 2022 at age 89. Known as Bert to his family and Joe to his friends and colleagues, he was born, raised, and lived most of his life in the Bay Ridge section of Brooklyn, although his time in the Air Force and afterward took him across the United States and around the world. A quiet man with a dry sense of humor, Bert loved reading mysteries, watching Jeopardy, playing slots in Atlantic City, and John Wayne movies. Bert grew up as an unofficial member of his mother’s Girl Scout troop and was a reliable and enthusiastic purchaser of Girl Scout cookies over many decades. He liked to tinker with electronics and built both a working TV and VCR out of kits in the 1970s.

Bert graduated from Brooklyn Technical High School with a degree in Electrical Engineering, and enlisted as a volunteer in the Air Force during the Korean War. During his training on military technology, he would ask to take the final exam at the beginning of each segment and, once he passed it, he would relax until the class was over. While stationed in Biloxi, he often visited family friends in New Orleans and spent his leave playing cards with buddies at the kitchen table. His family also took epic road trips, before interstate highways existed, to visit him at various Air Force bases across the US before his deployment. When stationed on Guam, he and a friend appropriated an abandoned radio shack, obtained a giant drum of coffee and a coffee pot, and while off duty worked on inventing things, like how to attach a portable military phone to a jeep. He also learned that he didn’t care for coconut.

After the Air Force and a stint at the Lawrence Livermore National Laboratory in California, Bert moved back to Brooklyn. In 1961, he took a job as an engineer working on the computer network at New York University’s Courant Institute of Mathematical Sciences, and spent the next three decades supporting NYU’s computer network system, from mainframe days through the launch of the Internet, until he retired in 1997. His nephew and nieces vividly remember him teaching them to use an early version of a modem to dial in to the computer network from his home back in the late 1970s and introducing them to the text-based game Dungeon (a/k/a Colossal Cave). He also bought their family an Atari in 1979, to everyone’s delight.

Bert and his mother established a tradition of taking his nephew and nieces to Walt Disney World, without their parents, when each reached grade 3. When they got older, he generously hosted them and their friends in his Brooklyn home so they could take the RR subway into Manhattan for day trips. If they showed up at NYU at lunchtime, he would find time to treat them to lunch at his favorite Italian restaurant. He was an excellent cook who hosted decades of holiday meals in Brooklyn, and also enjoyed travel, whether to a cabin in the Adirondacks, a family reunion at Blackwater Falls, WV, a computer conference out West, or a coach tour of England. He was a night owl who told excellent stories.

Throughout his life, Bert was a generous supporter of charities, a voracious reader, and a valued expert resource for his family and friends on home renovation projects. And for the past decade, he was an enthusiastic and regular Costco shopper with his sister Elsie. He is greatly missed.

Bert was preceded in death by his parents Frank and Louise Dorn and his brother-in-law Victor Turqman. He is survived by his sister Elsie Dorn Turqman, his nephew and nieces, Eric, Margaret, Elizabeth, and Louisa (Edward), his great nephews, niece, and nibling: Jason (Laura), Alex (Erica), Zel, Ian, Fiona, and Luke, and his great-great niece Amelia. He also leaves behind his close friends and neighbors from his Brooklyn neighborhood and his extended family.

In lieu of flowers, consider making a donation to the children's charity of your choice.

Memorial Visitation will be held on May 14, 2022 at the Valley Memorial Funeral Home 1012 Valley Rd., Gillette, NJ followed by a Memorial Service at 11:00 AM.