To share your memory on the wall of Irv Gordon, sign in using one of the following options:

Irv was born on November 3, 1929, a son to the late Charlotte and Bernard Goldstein. Irv was raised in Highland Park NJ, mo... Read More
Irv Thomas Gordon, age 91, passed away on Tuesday, April 13, 2021 at Morristown Medical Center in Morristown NJ.

Irv was born on November 3, 1929, a son to the late Charlotte and Bernard Goldstein. Irv was raised in Highland Park NJ, moving to Clark NJ in 1963, Gillette NJ in 1981 and has lived New Providence NJ since 2016.

He was a proud Veteran, serving active duty in the US Air Force during the Korean War stationed at the USAF Base in Anchorage, Alaska with an honorable discharge as Sergeant in December 1953.

Irv was a self-made man, and started and operated his own business The Gordon Agency, Inc, in New Providence NJ in 1960, helping his clients with personal and business insurance coverage. Irv served as President of Independent Insurance Agents during the time of his business operations.

He was Roman Catholic and a parishioner at Our lady of Peace in New Providence NJ.

Irv was predeceased by his 8 brothers and sisters. Irv is survived by his beloved wife of 62 years marriage, Josephine Gordon, his loving children: Thomas Gordon and Linda Blaber and his cherished grandchildren: Andrew, Scott, Darren, Garrett and Colin.

Visitation is private and under the direction of the Valley Memorial Funeral Home 1012 Valley Rd., Gillette NJ. For More information and online condolences visit valleymemorialfuneralhome.net.

Memorial contributions may be made to the American Heart Association at https://www.heart.org/

To send flowers to the family or plant a tree in memory of Irv T Gordon, please visit our Heartfelt Sympathies Store.

We encourage you to share your most beloved memories of Irv here, so that the family and other loved ones can always see it. You can upload cherished photographs, or share your favorite stories, and can even comment on those shared by others.

Ayonzon sent flowers to the family of Irv T Gordon.
Show you care by sending flowers

Guaranteed hand delivery by a local florist
A 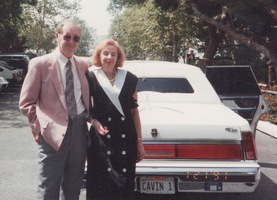 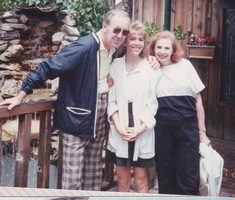